I’ve almost always been a gnome fanatic. I lived and breathed gnome. I highly configured it to my needs. Well, this Easter I guess I’ve been “radicalised” by my older brother. With promises of sheer awesomeness coupled with the feeling of absolute control, I gave i3 a shot; I loved it.

For one, i3 is really fast. Gnome can be sluggish thanks to the many apps that come with it. If you run a high end box, you won’t feel a thing. However if you have a humble machine such as mine, you [sometimes] feel its sluggish ways [moreso after adding some extensions]. I became used to this sluggishness. The gnome experience however made up for its fallback. Gnome did some automatic confs for me. Stuff like pulseaudio and multi media key bindings had already been configured out of the box. I even got some handy extensions to do tiling of windows for me.

With i3, you have to configure shitloads of stuff for yourself. On my box, the audio wasn’t working properly. Also, the media key bindings weren’t set up out of the box. You have to do all these for yourself. Doing all these stuff might sound like a pain, but i3 makes it surprisingly easy to do. All you have to do is just edit your i3 conf file.

The one thing that made me move to i3 was that in i3, I can be independent of the mouse/ touchpad. As a heavy terminal and GNU Emacs user, I like my keyboard and i3 makes it really easy for me to work with my keyboard.

Use of screen space in i3 is also quite efficient. It uses the tree structure to arrange its windows. You also have the ability to get into several modes of display. Here’s a snapshot of my tiling display: 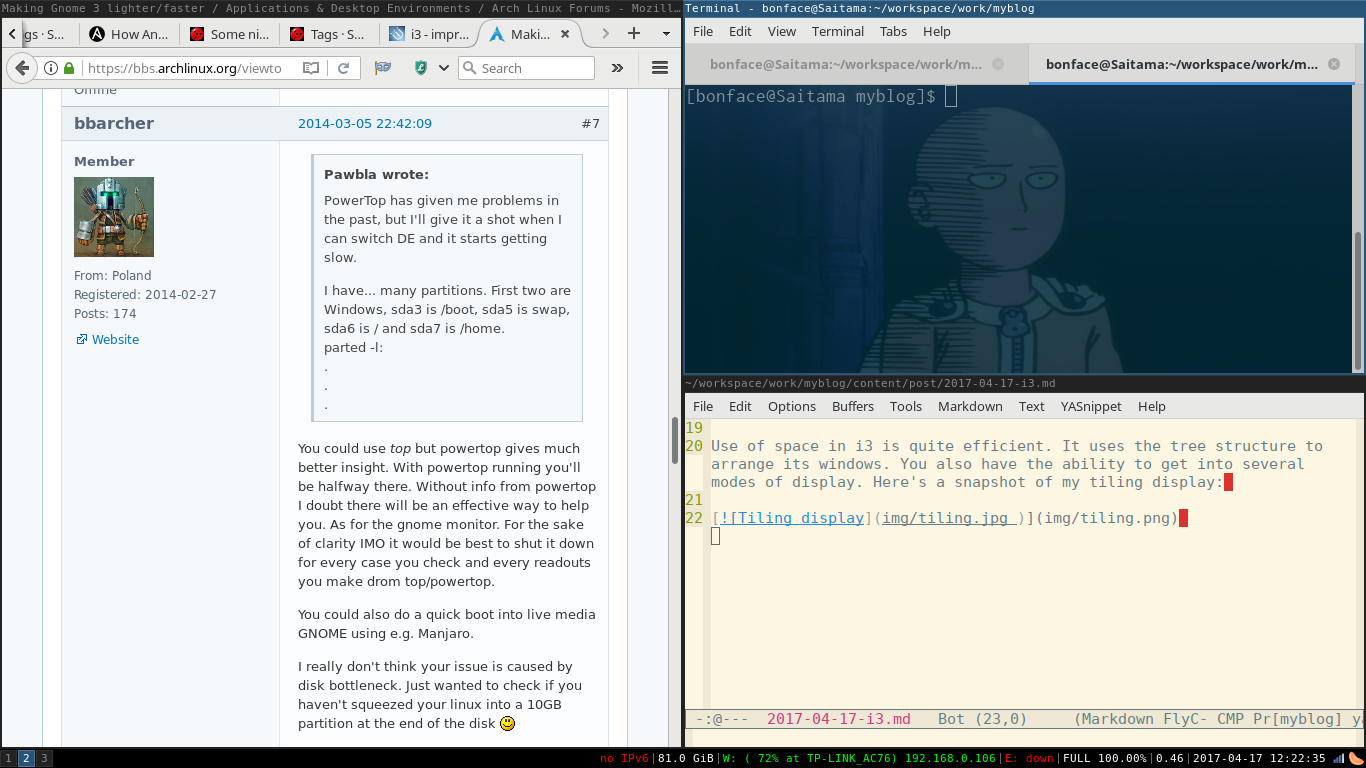 You can have other displays such as tabbed and tiled displays.

If you are an “advanced” linux user, I’d definitely nudge ya to use it. Advanced in this context means someone who’s not afraid of crushing some things along the way in addition to being confident in their troubleshooting [and research] abilities.